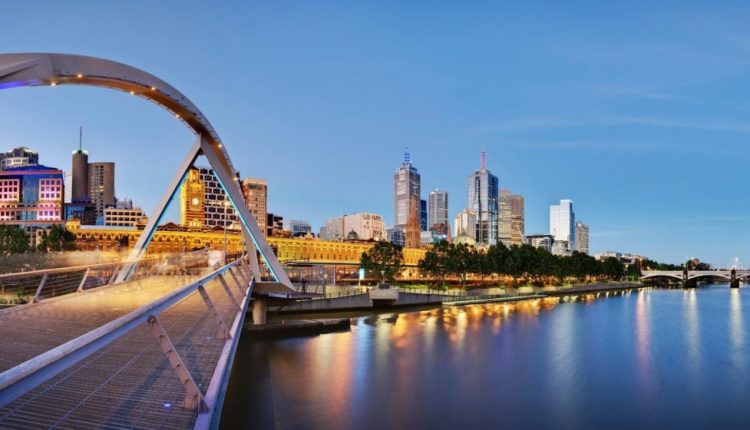 5 Things You Must Do in Australia!

Backpacking Australia is a one in a lifetime journey that must be experienced! The only problem is that the place is unbelievable huge. There is so much to do and so much to see that you do not even know where to get started. To help you out, I’ve created a top ten list of my favorite Australia Attractions. The list is not meant for you to follow from 1 to 5, rather as inspiration when you plan your own journey. Enjoy!

1. Dive and explore the mystical Great Barrier Reef
Diving the Great Barrier Reef is an experience of a lifetime. The reef is the world’s largest structure made by living organizations and is also one of the “Seven natural wonders of the world”. Exception for being astonishing huge, it’s also the home for thousands of species. Playful dolphins, lazy sea-turtles and nibbling reef sharks are just a few examples of the reef habitants.

The reef has not been been given a lot of attention from the “Best Job In The World” stunt from the Australian Government, where you could apply for the position as the reefs caretaker. Even though I can not give you that job, I can still give you a great recommendation. Use the opportunity to get a PADI diving license. There are plenty of companies that will teach you the basics of diving, and diving with a license will give you more freedom and an even better experience.

It’s also hostess to one of Australia’s biggest backpacker attractions, the 4-wheel self drive. Groups of 12-16 backpackers get stuffed in huge 4-wheel trucks and sent off to the island for a 2- or 3-day hike. Fill your backpack with warm clothes, mosquito spray, dingo-protection and loads of alcohol and join in on a big adventure.

3. Attend a surf camp and experience the surfing lifestyle first-handed.
Ever dreamed of riding the waves? Well, now is your chance. Surfing is huge in Australia. Not just as a sport, but also as a lifestyle. There is something special about the people that live and breed for surfing. They have a natural ease and calm for life, that is hard to find elsewhere. And it’s almost impossible to understand it until you actually try it. The two seconds of glory while you stand on the board for the first time, with knees shaking like drumsticks will stay with you forever. At least long enough to recover from the wave that will hit you two seconds later.

If you ever imagined that surfing was easy, you were mostly wrong. Surfing is extremely hard, and can be a real pain in the ass. At least if you do not know where and how to start. There is only one way to learn how to surf. Attend a Surf Camp. On a surf camp you will be taught and taught how to surf as a beginner on a beginner surf board. They will actually in most cases get you up on the board during your first day of surfing! Take the opportunity to experience the surfing lifestyle first-handed. Attend a Surf Camp!

4. Drive the world-famous Great Ocean Road:
The Great Ocean Road is recognized as one of the world’s most scenic drives. The road follows the south-west coast of Victoria, from Torquay to just south of Geelong. The road was build after World War 1 by returned soldiers and was constructed as a memorial to those who died in the war. The road is surrounded by spectacular nature. Most famous are the mesmerizing twelve apostles.

The twelve apostles is an amazing collection of rock formations that follows the coast. The rocks have been carved by the fierce waves of the ocean over the last 20 million years. Despite the name, it’s not actually 12 of them. The name was given in the mid 50s to attract tourists. The Great Ocean Road is truly a wonderful sight, and a must on a road trip around Australia.

5. Watch the incredible view of Sydney Opera House with the fantastic Harbor bridge in the background.
Sydney Opera House is widely recognized as the symbol of Australia. The Sydney Opera House is one of the most famous performing arts centers in the world. The main attraction is off course the unique design. The shellroof that no one thought was possible to construct was designed by the Danish architect Jørn utzon, who in 2003 received the “Pritzker price”, architectures highest honor.

While The Sydney Opera House is a well recognized symbol of Australia, the Harbor Bridge can be well considered the symbol of Sydney. On major celebrations in Sydney history, like New Years Eve and the Sydney Olympic games, the bridge has always been the focal point. For the adventurous, it’s also possible to climb the bridge. BridgeClimb host daily climbs up to the bridges highest point. Each trip takes about 3.5 hours.

5 Destinations to Scuba Dive on a Tight Budget