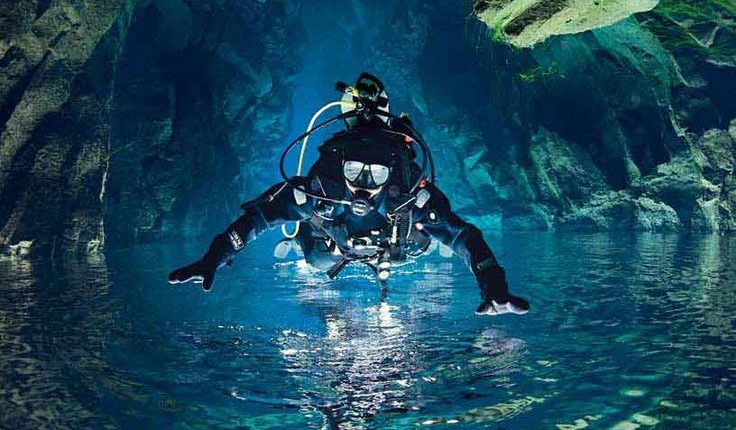 If you’re looking for an adventure that is physically active yet relaxing, mentally stimulating and spiritually uplifting, diving amid the wonders of a coral reef may be the ultimate answer. But where should you go, especially if you have a taste for something and somewhere a bit out of the way?

Here are four corners of paradise for the discerning reef diver, which are teeming with wondrous wildlife but not yet with truckloads of tourists.

Eritrea has perfect coral reefs untouched by humans and teeming with aquatic life in all the colors of the rainbow. At the bottom of the sea you’ll find sunken wrecks, ships, tanks, rocket launchers and even a complete dry dock. In the Dahlak coral reefs you can find 250 species of fish, as well as sharks, dolphins, barracuda, tuna, caranx – narrow-bodied fish with wide forked tails – and dugong, the near extinct sea cow. Dugong are large enough not to have many predators; on the other hand, they have a long life span and are slow breeders, which make them vulnerable to threats. See them while you can. You need a visa to visit Eritrea. There are good hotels to stay in but sleeping on the beach is free and fun.

The Barrier Reef off Ambergris Caye (island) lies about a kilometer off the windward side of the island. At about 300 km, it is the longest barrier reef in the Western Hemisphere and the second longest in the world, after the Great Barrier Reef off Queensland.

Inside the reef the water is shallow and blue-tinged; Outside the reef, the water is deep and seen from the air looks a dark royal blue. Near Ambergris Caye the reef almost touches land and here it is a magnificent, almost so! Id wall of coral formations, broken only by narrow channels called “quebradas”. The coral is astonishing in its endless variety of shapes and colors: rainbow-tinged tropical fish, delicate sea fans, sponges and gorgeous coral gardens.

Beyond the reef, the seabed drops sharply in a series of layers to massive depths, where gamefish such as mackerel, tuna, sailfish and marlin.

To the east of the Barrier Reef there are three separate atoll reefs, which run northeast-southwest and are separated by deep marine trenches. Just to the north, in Mexican waters, is a fourth atoll reef, Banco Chinchorro, where there are ample wrecks to explore. UK-based operator AwimAway.com (020 7430 1766, http://www.awimaway.com ) an adventure specialist undertakes some interesting tours to the region.

Tropical sunshine and the warm Aughlas current have allowed the formation of a unique coral reef at Sodwana, about 400 km north of Durban near the Mozambique border. The reef is home to over 1200 species of reef fish and also hosts visits from mantas, whale sharks, Zambezi sharks, humpback whales and dolphins.

Sodwana Bay – the name means “little one on its own” in Zulu – is one of the most popular of the dive sites, being easily accessible by road from Durban and enjoying temperatures averaging a pleasant 24 ° -28 ° C. There are many shallow coastal pools suitable for snorkelling, with interesting reef formations and fish life. Check out with http://www.awimaway.com for your customized tour to the region.

Yes, of course there’s the Great Barrier Reef, but for something a different bit, think about Ningaloo Reef, which is off the town of Exmouth, pretty much as far west as you can go in Australia (flights from Perth daily).
Ningaloo Reef is a fringing, rather than a barrier reef, because it is quite close to the shore and only shallow water separates land and reef. This intricate reef system stretches over 260 km and, at some points, is only meters from the beach. It is home to myriad marine animals, including the largest fish in the world, the rare whale shark, some specimens of which grow to 18 meters in length. Whale shark visit the Ningaloo Reef between March and June looking for plankton to eat. Humpback whales, manta rays and green, loggerhead and hawksbill turtles can also be seen in their season.
The little damselfish, which hide in the coral, the colorful and conspicuous wrasses, the exquisitely patterned and graceful butterflyfish and the similarly gorgeous angelfish, abundant cardinalfish and parrotfish all contribute to making this an environment of rare splendor, impressive as a diving destination all year round.

5 Things You Must Do in Australia!