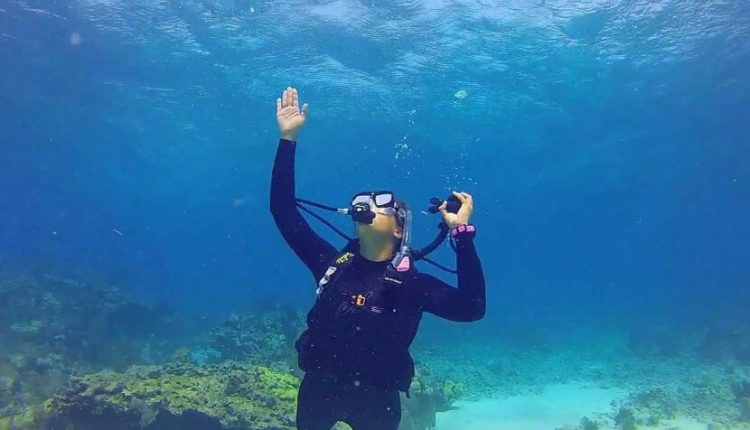 How Does Scuba Diving Cause Pulmonary Embolism?

This was asked of me at a recent beach diving get together.  I believe this is important to be aware of overexpansion lung injuries (from an uncontrolled ascent) and secondary pulmonary embolism  (air in the bloodstream from insulted lung tissue).

Lung over-expansion injury occurs when a SCUBA Diver holds their breath when ascending underwater. This can be as little as a 1.5 meter ascent near the surface.

How it happens (The technical reason)

When using SCUBA equipment underwater, the diver is breathing compressed air at a pressure equal to that of the water around him/her. This means the air entering their lungs is at the same pressure as the water. When the diver ascends, according to Boyle’s Law, the air expands due to reducing hydrostatic pressure, (the shallower the depth, the less the pressure) causing the lungs to over-inflate.

The lung does not burst like a balloon when over-inflated, instead it tears. However the tear itself is not so much a problem as the resulting air entering the tissues and bloodstream. The result of such a rupture causes the pulmonary capillaries and alveoli to rupture mixing blood and air into the lungs usually causing the diver to cough up blood. (A definite alert sign) The rupture can also cause one of four injuries: Air embolism, pneumothorax, mediastinal emphysema, and subcutaneous emphysema.

Why it happens (The human factor)

The most common causes of lung over-expansion injury are panic and ignorance. Other less common causes are choking, nausea, carelessness, and even smoking. Smoking can destroy the surfactant which keeps the lungs from sticking shut when they are vented. This can cause the parts of the lungs to stick shut and simulate holding ones breath.

Packing the dive bag for travel and liveaboard