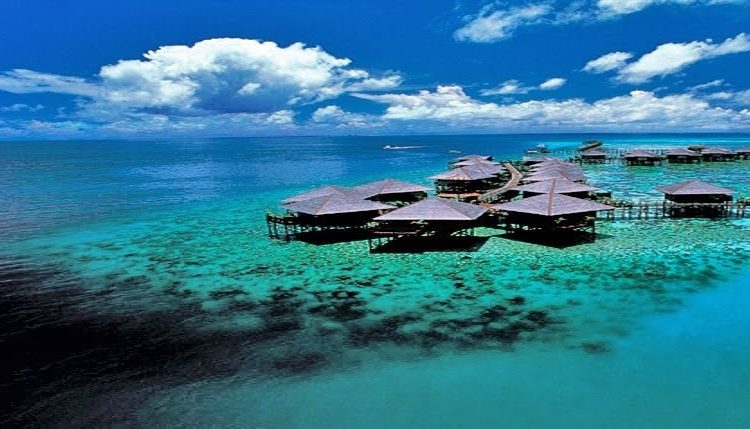 I have been diving along the west coast of Sabah for a few years now, on a recreational basis and as part of running my own scuba diving business (Borneo Dream) based in Kota Kinabalu, Sabah. Based on this experience, and feedback from divers we have taken to the wide range of dive sites we visit, I have provided below a ‘Top 10’ dive sites worth visiting when you pass by Kota Kinabalu. All are accessible from Kota Kinabalu and show the mix of diving you can enjoy along the west coast. Our ‘Top 10’ dive sites are listed below and are in no particular order. Enjoy!

We visit > 20 dive sites in TARP so choosing our favourites was hard. Eventually we decided on these two sites due to the beautiful mix of soft and hard corals. Both sites are located within Tunku Abdul Rahman Marine Park (TARP) – the most popular diving location from Kota Kinabalu. Find gently sloping coral reefs from 8m – 25m, a riot of colours from a range of hard corals, soft corals, sponges and anemones and a surprisingly wide range of marine life so close to city life.

Edgell Patches is located just outside of TARP and home to deeper coral reefs. Dive around large coral covered boulders in the shallows which then give way to a sloping reef down to 35m. Full of fish life as well as a good variety of nudibranches and other critters. When we’ve had rebreather divers diving the deeper slopes of this reef they’ve spotted the odd 1.5m – 2m Black Tip Shark. Cool!

Pulau Tiga is located 30nm south of Kota Kinabalu. We visit 8 dive sites near Pulau Tiga and these our are two favourites. Dive by large coral covered pinnacles, coral bombies and busy cleaning stations. The hard and soft corals are breath taking, including large cascades of barrel sponges and Gorgonian fans. Teeming with fish life (Barracuda, Fusiliers, Yellow Snapper), home to critters and the occasional mating cuttle fish. Enjoy being the only divers in the water.

The Rice Bowl Wreck is so-called because a cache of rice bowls was found in the bow when it was first dived. The wreck is ~150m in length and lies between 25m – 40m. Home to Barracuda, Yellow Snapper, Fusiliers and Nurse Sharks. The corals covering the wreck are stunning.

A large WW2 wreck lying in an upside down position. This wreck lies slightly deeper to the Rice Bowl wreck. This wreck has good swim-throughs and is good for exploring. A popular choice with rebreather divers and technical divers.

This is the deepest of the three at 35m – 45m and consequently only available to technical divers. The wreck is interesting and has a spectacular whip coral coverage that can give it a frosted appearance in a certain light.

Mantanani is a tropical island located ~ 45nm north west of Kota Kinabalu, The shallow coral reefs surrounding the islands have plenty to offer and have wonderful visibility. Home to juvenile Turtles and some interesting muck diving. We run PADI Open Water Diver courses at Mantanani for groups during the ‘Dry Season’ – an amazing place to learn to dive.

Find out more about scuba diving along the west coast of Sabah at http://www.borneodream.com

All my diving equipment for scuba diving and free diving