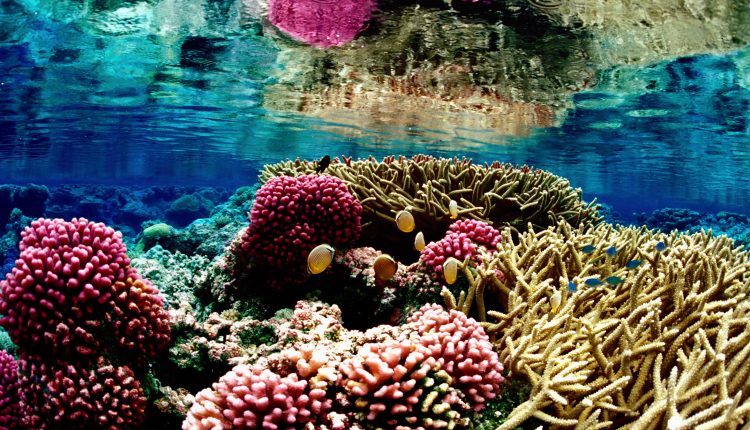 How is the Coral Reef Being Affected?

Some marine biology studies have said that the fringing reef grows at a rate of about 2 to 7mm per year along the shore.

Corals are highly sensitive to environmental changes. Too much sediment, sand or mud, in the water can kill them. That is why coral reefs do not grow close to the mouths of rivers. And with the increase of storms, hurricanes and temperature changes in general, many experts have predicted that over 50% of the coral reefs in the underwater world may be destroyed by the year 2030 (that’s only 20 years from now).

As proof of this many divers and snorkels have witnessed white corals or coral bleaching that is a vivid sign of corals responding to stress. Once bleaching begins, corals tend to continue to bleach even if the stressor is removed. While most reef areas recovered with relatively low levels of coral death, some locations suffered severe damage, with up to 90% of corals killed.

The environment changes or global warming are not the only causes of corals death. As we mentioned before a coral reef is a habitat for a great variety of other animals and plants that exist together in harmony in the underwater world. But selecting fishing on coral reefs is exterminating one group of fish and making some others to over-populate. Example: fishing lobsters that have in their diet sea urchins creates an over-population of the sea urchins which will walk al over the reef and eat all kind of algae, including the ones that co-exit with the corals.

Other major coral killers are the anchors of boats, the removal of coral for souvenirs or jewelry and the most destructive- the removal of corals for big aquariums and homemade aquariums. Mariculture operations, including coral farms, make up only a tiny fraction of the total current market on coral trades for aquariums.

As a solution many governments now prohibit removal of coral from reefs to reduce damage on the underwater world and also prohibit the travelers from bringing souvenirs or jewelry made from corals. Some governments have also restricted fishing on areas that are protected much like the design of national parks. For example the Great Barrier Reef, the Galapagos Islands and Belize’s Barrier reef have been designated as protected by nominating then a world heritage site.

There are also many associations that are working in new technologies to increase coral live in the underwater world. Some are very impressive, like: the low electrical voltage on sea water to dissolve minerals like white carbonate (aragonite) that is the same mineral that makes up natural coral reefs. Also Reef balls that are artificial reefs made from balanced micro-silica concrete, and are rated to create a rough surface texture, in order to promote settling by marine organisms such as corals, algae, coralline algae, and sponges.

It is said that a small effort from each person can make an awful change. Here are some points from a diver perspective on helping the underwater world.

Be a protector of the environment

Participate with your local dive center in beach and underwater cleanups in your area.

Donate to organizations that are involved in the restoration of the underwater world.

For more about this topic please visit: http://www.scubadivingfanclub.com/Underwater_World.html

How To Select the Best Fins for SCUBA Diving