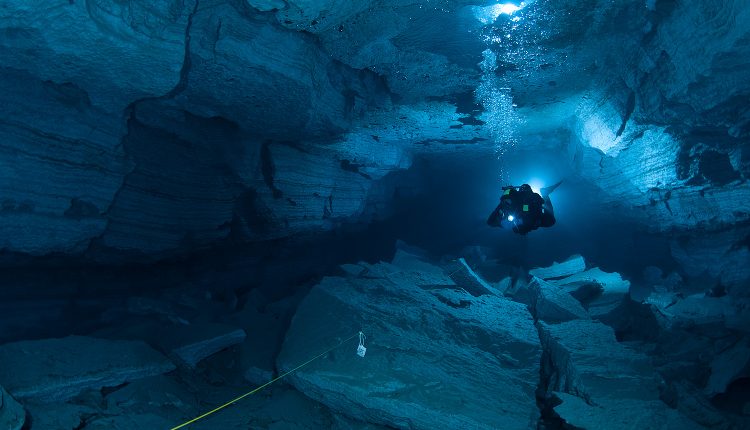 Sabah is part of Malaysian Borneo, located in south east Asia and is surrounded by the South China Sea on the west coast, Sulu Sea on the East coast and the Celebes Sea on the South Cost. Sabah is located within the Coral Triangle – the Coral Triangle is known for being home to some of the most diverse marine life in the world. Fortunately you don’t have to travel far in Sabah to appreciate its tropical waters. Kota Kinabalu, the capital city, has Tunku Abdul Rahman Marine Park on it’s doorstep. The marine national park is only 20 minutes by boat from Kota Kinabalu, Sabah’s Capital and Malaysia’s youngest city. This makes it a popular choice for visitors interested in diving, snorkelling, watersports or just chilling out on the islands beaches. The rest of this article provides an overview of the scuba diving sites located in Tunku Abdul Rahman Marine Park located just in front of Kota Kinabalu.

The Marine Park, named after Malaysia’s first Prime Minister, came into existence in 1974 and at that time it was Sabah’s second National Park. It is home to five islands – Pulau Gaya, Pulau Mamutik, Pulau Sapi, Pulau Manukan and Pulau Sulug. The three busiest islands are Sapi, Mamutik & Manukan (each with the facilities to cater for tourists). All five islands are fringed by coral reefs and home to dive sites and areas suitable for snorkeling. With over 20 different dive sites in Tunku Abdul Rahman Marine Park the visiting diver, or those wanting a try dive, really are spoilt for choice. Let’s take a closer look at the reefs surrounding each of the islands and the variety of marine life you can expect to see.

Sapi is the second smallest island in the Marine Park. It is fringed by a reef on it’s east, south and west shores. Sapi House reef is probably the most popular dive site in the Marine Park for divers. It is home to a shallow coral reef, artificial reef balls and a sandy bay which is ideal for diver training. On the home reef you’ll see a wide variety of coral reef fish – Damsel Fish, Fusiliers, Barracuda, Parrot Fish, Wrasse, Puffer Fish, Porcupine Fish, Bat Fish – and it’s the most popular reef for visiting Hawksbill Turtles. Along the sandy bank you’ll find some interesting marine life too including Garden Eels, Blue Spotted Rays, Gobies, Lion Fish, File Fish, Puffer Fish, Anemone Fish, Pipefish, Flounders (known locally as the Ikan Sebelah – or ‘side fish’), nudibranches and more. The house reef is 3m – 18m with a sloping reef. It rarely has currents making it perfect for a check out dive or a very relaxing dive either enjoying the fish life in the shallow reefs, muck diving along the sandy area or checking out the marine life around the artificial reef balls.

There are also some good dive sites on the south coast of Sapi – Rons Reef and Rays Reef – both have gentle slopping reefs from 8m – 18m and can be a nice gentle drift dive when the tides changing. Another nice dive site on the west coast is the reef extension know as Clements Reef. Clements Reef has very pretty hard and soft corals interspersed with coral cover boulders and Barrel Sponges. It is 8m on the top of the reef with a gentle sloping reef fringing the dive site down to between 18m – 25m. A nice deeper coral reef site.

Mamutik, a slightly quieter island, is home to a nice beach and two decent dive sites – the fringing reef located on the north and western side of the island (which has a 10m x 5m patch full of anemones with False Clarke Anemone Fish, or Nemo’s). It also has a dive site called ‘the Pyramid’ located off the west facing side of the island – so called due to it’s shape. The Pyramid is an interesting dive site – it may not have the best corals in the Marine Park but it has interesting critters on it’s slops (Nudibranches, Scorpion Fish, Shrimps etc.) and typically has a large schooling group of Barracuda at the top of the pyramid. The dive sites have the nicest conditions during the North East trade winds (November – March) when they are more protected from the prevailing winds.

Manukan’s best dive sites are on the west coast, facing out to the South China Sea. These are probably the least visited coral reefs by divers – as most Dive Operators don’t make the effort to visit reefs that are the furthest distance from Kota Kinabalu. Typically you’ll be the only divers in the water when diving the west reef. Home to a shallow reef (5m – 12m) full of large table corals with a gently sloping sand bank from 10m – 20 dotted with coral boulders. Around these coral boulders you can often find an interesting mix of Nudibranches, Lion Fish, Shrimps, File Fish, Puffer Fish, Porcupine Fish, Moray Eels, Sea Cucumbers and more.

Gaya is the largest island in Tunku Abdul Rahman Marine Park. Whilst most of the island is fringed by coral reefs, the nicest quality reefs (in terms of coral coverage, health of the corals and mix of marine life can be found at a small number of locations – Soft Coral Garden on the west coast (so called due to the volume of colourful soft corals covering it), Policy Bay and the reefs just to the east of Police Bay. Police Bay is a protected bay during the south west trade winds providing for nicer visibility. The reefs towards the edge of the entrance to the bay (on the northern tip) have lovely steep sloping reef walls from 10m to 25m – 30m and often have large shoals of Snappers and Fusiliers.

Last, but by no means least, Sulug. Sulug has a ‘tongue shaped’ coral reef protruding from it’s north face. The reef has a flat top at 5m – 7m with steeper slopes which can reach 25m. The slopes are covered in coral covered boulders and bombies. It’s on the northern reef slopes where you’ll find the most Orangutan crabs, a surprising range of Nudibranches and some of the largest Gorgonian Fans. If you’re lucky you may also get to see a Frog Fish or a Ghost Harlequin Pipefish during the mating season.

Whether you are visiting Kota Kinabalu, Sabah as an experienced diver, a new diver, wanting to learn to dive or enjoy a try dive, there are dive sites in Tunku Abdul Rahman Marine Park to meet your needs.

To find out more about scuba diving in Tunku Abdul Rahman Marine Park from Kota Kinabalu, Sabah, Borneo have a look at http://www.borneodream.com

Scuba Diving – How to Cope With Nearsightedness