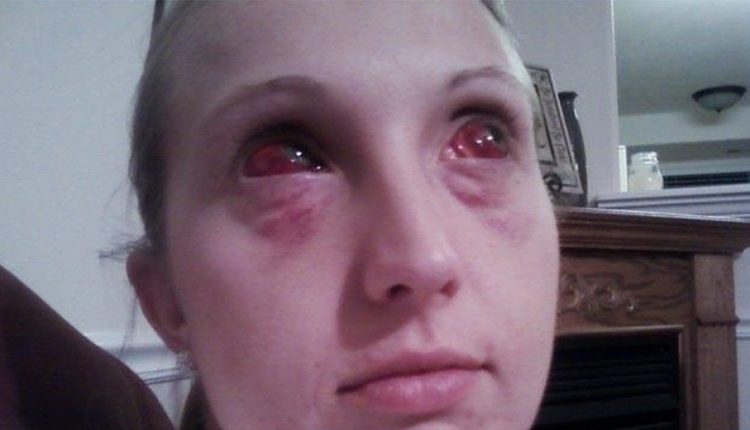 Of course, there are a ton of reasons to go for an adventure far under the surface of the ocean, but do you know all of the potential risks that accompany each and every dive? If you didn’t, here they are, these are the 15 Dangers Of Deep Sea Diving.

#7 – Nitrogen Narcosis
Nitrogen Narcosis is yet another serious issue divers need to be aware of. When the human body gets too much nitrogen in their system, it creates a kind of narcotic effect. It would feel like the nitrous-oxide gas given to you at the dentist’s office. While you might enjoy that woozy feeling when you’re inside a dentist’s office on dry land, this is not a feeling you would want to experience when you are far under water. Nitrogen narcosis damages both sensory perception and judgment making each decision the affected diver makes a potentially dire one.

#6 – Gaps In Actual Experience
If you are an experienced diver, you know that there is a rule that states you have to take a refresher course every six months that you haven’t been actively diving. Although you, being a diver, might laugh because you believe that the course really isn’t all that big of a deal, it really is very important. After not diving for just a few months, some of the very minor but incredibly important and vital details of the preparation or procedure of diving could be forgotten. Depending on which part you forget, that tiny sliver of information might just cost you your life. Just take the refresher course to get back in the loop.

#5 – Losing Your “Buddy”
It might seem silly but the “Buddy System” is really important when it comes to dives and swimming out in the ocean. If you have a buddy, there should always be at least one other person in the water that is concerned with your safety and survival. The ocean is not a place to lose your buddy.

#4 – “The Bends”
Decompression sickness is most often referred to as “the bends” and it is caused by increased pressure which makes the tissues in a body absorb more nitrogen. When that fierce pressure is suddenly reduced, the extra nitrogen can form tiny nitrogen bubbles that can kill. When deep sea divers want to return to the ocean’s surface, they must do so in distinct stages that are carefully monitored so that they can best control the rate of which the absorbed nitrogen is released. The bends can range from the affected having aching joints, a creepy skin rash, or paralysis and even possibly death. Do NOT go diving without being properly trained. It is not a hobby that you can just pick up an afternoon.

#3 – Not Wearing Adequate Protection
We aren’t just talking about wearing durable gloves while checking out a sunken shipwreck, although if you do get cut without wearing protective gloves, you can get tetanus, which doesn’t sound like fun. We’re talking about wearing gear that is suited to the climate and temperatures of the weather and the ocean you are diving into.

When you are wearing a short wetsuit, don’t go play around in some coral where you can easily get cut up, which could lead to even more danger. Also, the temperature of the water gets colder the further down you get, so make sure you dress appropriately, it’s not like you can just put on a jacket once you’re underwater.

#2 – Oxygen Toxicity
Oxygen toxicity happens only when the person is deep sea diving and goes more than 135 feet below the surface. Just like nitrogen, which caused a lot of problems for divers earlier, the body absorbs more oxygen when the body finds itself underneath increased water pressure.

Experienced divers know how to deal with the increase of oxygen but as the pressure and depth increase, the body absorbs more and more oxygen and too much can become toxic. The symptoms start with tunnel vision and nausea and then switch to loss of consciousness and seizures. If either one of the last things happens while you’re underwater, you’re most likely never making it to the surface again.

#1 – Mask Squeeze
The woman in this picture looks like she is about to start bleeding from her eyeballs which is a rather frightening thing to see. However, she isn’t a lead role in an up and coming horror film, she’s suffering from a diver’s condition called “mask squeeze.” When the pressure of the air inside the mask isn’t equalized correctly, the outside pressure causes the scuba mask to be pushed on the diver’s face resulting in this scary painful look. The small blood vessels surrounding and in the eyes burst, which leads to the bloody eyeballs you see here. This is not the look she was going for, we’re sure of that.