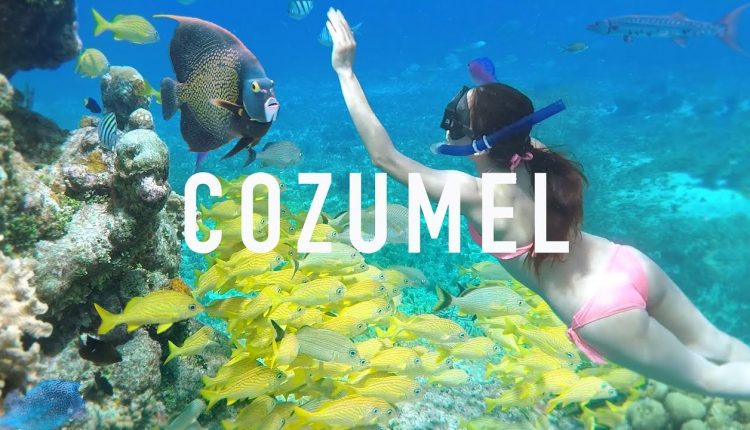 Best snorkeling from the shore in Cozumel Mexico. After spending $40 on snorkel boat tours, A local told me that a place called Playa Corona was much better. You could snorkel from the beach and it was free. That was once true. After hurricane Wilma, the coral reef near the shore is gone there as well as the nearby Sky Reef. I’m not sure if the wave action crushed the reef to a pulp or if Wilma just buried it with sand. Probably both. The deeper reefs away from the shore are still intact and thriving well. You can take several snorkeling tours that will guide you. The best snorkeling form the shore we found was at El Presidente Resort and Spa. For three nights we stayed right on the crystal clear turquoise waters and lounged in the many palapas, bungalows, pools and hot tubs. Ocean sunset dinners were spectacular and The food was so fresh it was practically crawling off your plate. We ended up snorkeling from the beach there the entire rest of our vacation exploring a couple small coral outcroppings and the sunken barge thingie. You can rent snorkel gear at El Presidente and The staff was extremely friendly.

All underwater video was shot by a GoPro Hero Black 5