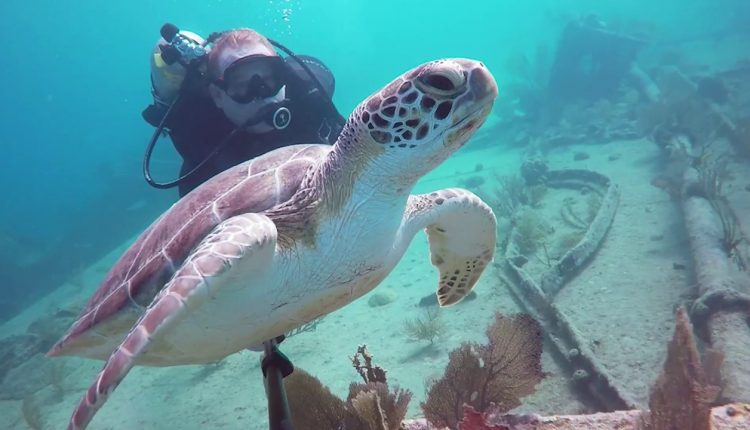 The most frequently visited dive site in the Key Largo National Marine Sanctuary, and likely the world, is known as Molasses Reef. During World War II, near midnight on April 9th, 1942, the Norwegian merchant freighter Benwood was on a routine path from Florida to Virginia, transporting a load of phosphate rock. It was running with no lights to avoid being spotted by German U-boats, which was common for ships throughout the war. The Spiegle Grove ship is enormous and much larger than any natural reef structure in the Keys. In fact, at the time of its sinking, the Spiegel Grove was the largest ship ever intentionally sunk to create a new reef for divers, and it remains one of the largest ships ever scuttled for that purpose.