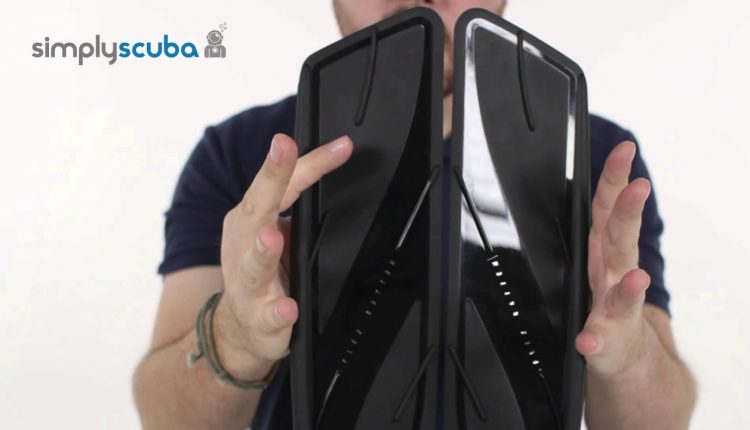 The Atomic Aquatics Foot Fin are the full foot version of the incredibly popular open heel Atomic SplitFin and has all of the same features in a lighter format. Atomic use a number of design techniques to mimic ‘Natures Wings’ including the main reinforcement side bars which control storage and release of energy, semi rigid panels to control the flex and shape of the blade, flexible joints between the panels to allow rapid reponse to kicking movements and the split blade itself that cuts through the water to create lift and thrust which is what propels the diver forward much more efficiently than a standard blade.